Greetings, Muslim brothers and sisters! Quran recitation and reciting the Quran online, as well as setting aside regular time for its study, offers enormous advantages both in this life and the next.

Let’s discuss some of the virtues of Quran recitation to maintain our ties to Allah’s wonderful words. Each advantage is sufficient motivation for us to put an end to any lethargy we may have to give the Quran our full attention.

Virtues you get in this life

Quran recitation brings many virtues you can collect in this life, but, what are these virtues?

1.Quran recitation makes you one of the best people

Proof: Uthman said that the Prophet might peace be upon him said:

“The best of you are those who learn the Quran and teach it to others.” [Al-Bukhari]

I don’t think that this proof can be more clear than this, simply if you want to be among the best people in this world, you should recite Quran.

2.Quran recitation elevates your status in this life

Saheeh Muslim (book of prophetic narrations) has a remarkable account of how Umar ibn Al-Khattab, a member of the Paradise people, came to understand this idea.

According to the legend, once, while he was in power, certain individuals came to challenge him about Makkah’s leadership.

“Who do you use to administer Makkah?” the men questioned. “Ibn Abzaa,” he replied.

“And just who is Ibn Abzaa, they questioned.” “A liberated slave from those we freed,” Umar retorted.

“You placed a freed slave in charge of the People of the Valley? (the aristocratic clans of the Quraysh)”, they commented.

Umar answered: “In fact, he is a reciter of the Quran and is aware of what Muslims are required to do.”

A freed slave ranks up from poverty and slavery to a high leadership position that he never dreamed of, only by reciting the Quran he elevated his status in this life.

The following is what our Messenger, may God’s prayer be upon him, mentioned in his saying:

“Verily Allah raises some people by this Book and lowers others by it”? [Muslim]

So do you want to have a high status in this life or rather be on the bottom?

Proof: The Prophet encapsulated this creed in his remark:

“The religion (of Islam) is naseehah (offering sincere advice)!”  [Muslim]

Tameem bin Aws said: “We asked, ‘To whom?'” He replied: “To Allah, His Book, His Messenger, the leaders of the people, and to their subjects.”

The sincerity owed to the Quran includes reciting it regularly and learning the rules of Tajweed to fulfill the duties of Islam.

Also learning about its Tafseer surrounding its revelation, affirms that it is the truth, the perfect Speech of Allah which can not be a product of creation, that’s why we should honor it, attaching to the directives contained in it.

Virtues you will get in the afterlife

Quran recitation brings many virtues you can collect in the afterlife, but, what are these virtues?

1.Quran recitation will protect you on the Day of Judgement

Proof: Abu Umamah related that the Prophet, may peace be upon him, said:

“Read the Quran, for indeed it will come on the Day of Standing (Judgment) as an intercessor for its companions.” [Muslim]

Every human is subject to committing mistakes or sins, and all the good or bad we do in this life will be judged by God on the day of judgment. The Holy Quran will speak up when you are being judged by God, to protect you from the sins you did in this hollow life.

2.Quran recitation gives you ten rewards for every letter you read.

Proof: As a Hadeeth (prophetic statement) by At-Tirmidhi proves:

Explanation: Reciting Quran as often as possible makes you gain merits, as well as many others.

Proof: Aa’ishah (our Prophet’s wife) related that the Prophet, may God’s prayer be upon him, said:

“The one who recites the Qur’an skillfully will be in the company of the noble and righteous messenger-angels, and the one who reads the Qur’an but stutters and finds it difficult receives a double reward.” [Al-Bukhari and Muslim]

Don’t let the Shaytan (Satan) use lame justifications to keep you away from reciting Quran like “I’m not an Arab” or “It’s not in my tongue,” so dear Muslim brother or sister, this Hadeeth is unshakeable evidence against these rumors.

Whether you are Arab or not, commit yourself to reciting Quran, Allah’s Book, and you will be as close as you can to Angels.

You can embrace the Book of Allah without hesitation or justifications now that the rationale has been removed from the situation.

4.Quran recitation is your way to Paradise

Proof: The Quran states in verse number 9 of Surah Al-Isra:

“Surely this Quran guides to what is most upright, and gives good news to the believers—who do good—that they will have a mighty reward.”

The score of this life’s exam is measured by many factors and Islamic duties. One of these factors is reciting the Quran, and if you do it right, I can assure you that you will be among the people of Paradise.

5.Your rank in paradise is measured by your Quran recitation and memorization

Proof: Abdullah bin ‘Amr bin Al-‘As (May Allah be pleased with them) reported:

The Prophet (ﷺ) said, “The one who was devoted to the Quran will be told on the Day of Resurrection: ‘Recite and ascend (in ranks) as you used to recite when you were in the world. Your rank will be at the last Ayah you recite.”‘ [Abu Dawud and At- Tirmidhi].

Your rank in Paradise is subject to your Quran recitation, don’t you want to be in the highest ranks of paradise?

6.On the day of judgment, the Quran recitation will serve as proof for or against you.

Proof: According to the statement of the Messenger, may God be pleased with him:

“Purity is half of iman (faith). ‘Al-hamdu lillah (praise be to Allah)’ fills the scales, and ‘Subhan-Allah (how far is Allah from every imperfection) and ‘Alhamdulillah (praise be to Allah)’ fill that which is between heaven and earth. And the salah (prayer) is a light, and charity is a proof, and patience is illumination, and the Qur’an is a proof either for you or against you. Every person starts his day as a vendor of his soul, either freeing it or causing its ruin.” [Muslim]

What we can understand from this hadith is, the Holy Quran will do one of two things:

It will either work in one’s favor, serving as evidence for us on the day when we need every good action possible, or it will work against us.

Our Creator’s own words are used against us as evidence! How could anyone be spared from the horrors of that day if Allah’s own utterance is against Him?

Dear Muslim brothers or sisters, consider your relationship to the Quran carefully. Are you disobeying it, going against it, or disregarding its commands? Are you giving it much thought? On the Day of Kiama (Judgment), will the chances be on your side?

Brothers and sisters, be aware that these benefits, out of the many advantages offered, can only be reached by a real dedication to the Book of Allah. Quran recitation is not only about making hollow claims about one’s love for it.

Instead, the heart must be firmly anchored to the Book of Allah, and then the body followed by speech will do the same. We merely touched on a small portion of the many advantages of reading the Quran.

The Quran’s chapter that will defend you in the hereafter is only one of the numerous advantages that Quran recitation along with the books of Hadeeth will bring you.

If these virtues convinced you already to start reciting Quran, then, we recommend that you try a Quran online class with Bonyan Academy. 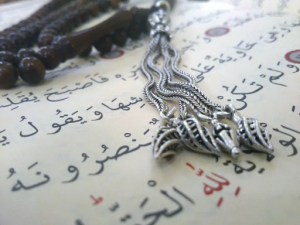 To better understand their religion, Muslims all across the world... 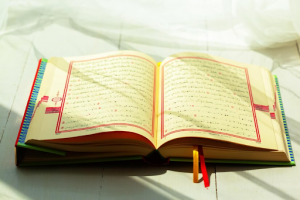 Suppose you are wondering about the advantages of daily Quran... 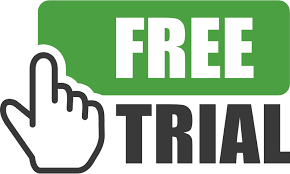